Many couples seek counselling as a last resort when their relationship is in serious trouble. The prospect of a new year often heralds a sober review as to where you are in your life and how you’re doing emotionally, mentally, spiritually and physically. 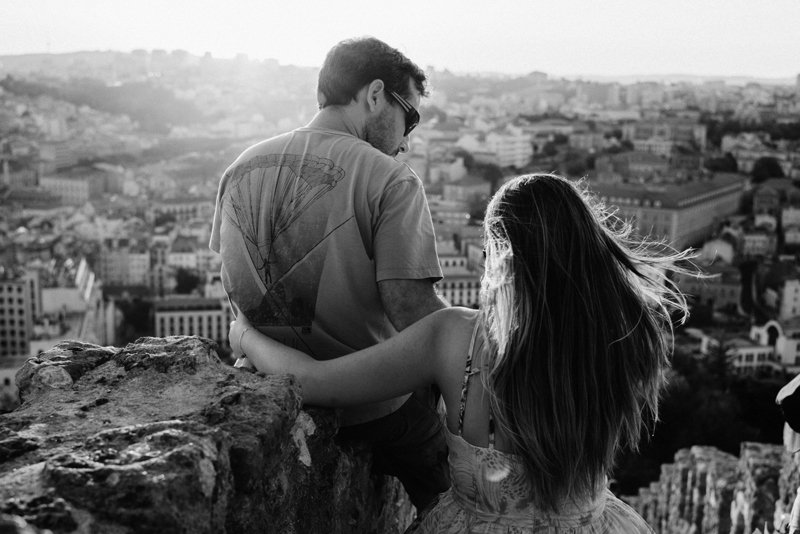 When I reflect on the broken relationships I encountered in my practice in 2016, four behavioural culprits stand out:

If you recognise some of these behaviours cropping up in your relationship, here are some interventions you can employ before things go horribly wrong.

We’ve entered a time of androgyny and equality which is liberating on the one hand but on the other, comes at the risk of losing the fundamental chemistry between men and women. These days, relationships see both parties contributing financially and roles are frequently shared, which is ideal. But spare a thought for the age-old stereotypes surrounding what it means to be the guy or the girl. A woman’s femininity is magnified in her natural ability to nurture, to be tender and to show a certain vulnerability. A man’s masculinity surrounds his leaning to provide, protect and be strong. When we become gender-neutral and with both providing, protecting and nurturing, it can be tricky to find the heat between us and all too easy to ignore the quintessential essence in our mate. We’re same-same but different. Just watch your man’s response when you validate his efforts to protect and provide for you or watch your woman soften when you are gentle towards her, messaging that she is precious.

Sometimes, our resentment towards each other has us defining our partner by their less attractive behaviour. Their dishonesty makes them a complete liar, their opinions make them downright arrogant and their jealousy makes them profoundly insecure. But that’s not the all-ness who they are. It’s what they are feeling and doing at that time. We are all bigger than our behaviour and sometimes it takes the person who loves us, to remind us of what we are capable of. Acknowledge the bigger part of your partner so that they can find the capacity to look at the part of them that is letting them and you down. For example, Jenny: “I know you to be a kind person, Frank so your mean behaviour is hurtful and hard to understand. What’s really going on?”

Now Frank is reminded of his values and he can dig into his kindness to understand why he has been acting out unkindly to sabotage himself and his relationship.

Compare this to: “You are a hard, mean person, Frank – just look at your horrible behaviour.”

In the latter example, Jenny is going for the player instead of the ball and this approach is likely to provoke Frank even further and prove to Jenny and Frank, their worst fear – that Frank is indeed a mean person.

Sometimes – like when we become unconscious and go into denial, we lose sight of our values but that doesn’t mean we don’t have them. Finding our way back to our core requires truth telling and taking responsibility for where and why we’ve dropped the ball on ourselves.

Review how you fight and you are bound to see that you try to have the last word, that you fight in a way that becomes personal and that you’re not really listening to what the other person is trying to say but rather preparing your defence while they are on the attack.

Avoid getting caught up in a tit for tat clash that defends your intentions and rather hone in on what is really going on behind what your partner is saying. If you can respond to what your partner says by reflecting what they are feeling and their reason behind that feeling you will be making significant progress. Even if you don’t agree with what they are feeling or their reasoning, you showing that you have heard them will have them feeling way more heard than if you carry on correcting the facts of their argument – which in turn will lead to you being able to express your side and be heard too. For example, Harry: “So Jill, you are feeling very angry because I have overlooked your needs over the last few days…”

(Having reflected what he heard, now Harry will have his turn to tell Jill what he is feeling which might show that he didn’t intend to overlook her, in-spite of his behaviour giving that message).

Yep, in conflict and indeed in listening, although we might be loath to admit it at the time, feelings are everything. And if your partner doesn’t get how angry/disappointed/overlooked/vulnerable/frustrated etc. you are, in an attempt to be heard, you are likely to act out. Sharing your feelings within the conflict and listening for your partner’s feelings, will take the battle to one of understanding and growth.

Contempt for your partner is shown by being demeaning, dismissive, and overlooking. It is a top-down approach which puts you on the high horse and them below you. It’s the big daddy of disrespect and with our eye-rolling, thin-lipped behaviour, you can passive-aggressively inflict a whole lot of injury to that person’s self esteem. The master tip here is to limit your own destructive behaviour. This means not allowing yourself to accept or resort to contemptuous manoeuvres. It means standing up for your boundaries, wants and feelings and doing so consistently and clearly. Couples who have reached a state of contempt usually have diminished boundaries and poor levels of communication. Vulnerability is the last emotion contemptuous couples show but is usually the most important aspect they want their partner to understand. Contempt ensures that the last thing your partner will see, is your vulnerability. To stand up to contempt, you need to:

Conjure up the courage to be vulnerable

Claim back your self esteem,

Communicate your wants and expectations, and

Say “no” and “stop” to a partner who is trying to bring you down in order for them to feel ok about themselves.

If contempt marks the tone and nature of your relationship and you still believe you’re with the right partner, get help fast. Because for certain, where contempt is sown, toxicity and disease is harvested.

This site uses Akismet to reduce spam. Learn how your comment data is processed.